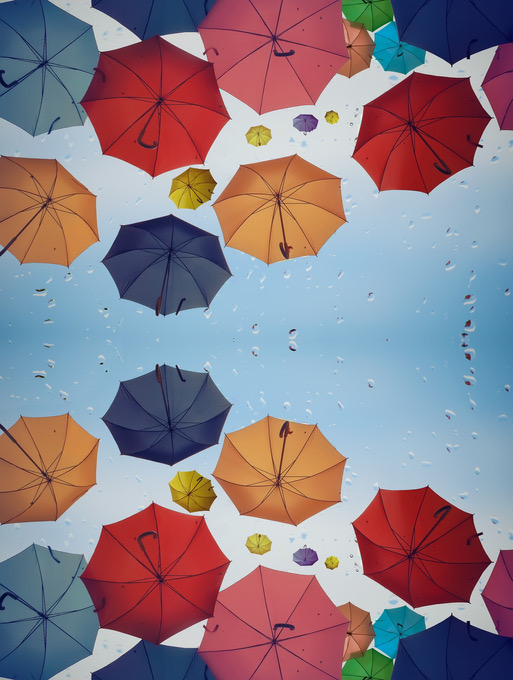 There is no magic formula to determine how high we should go when offering our clients umbrella limits. If you follow the verdicts, it appears the sky’s the limit. We will explore some jury awards, umbrella involvement, and what can be done if the umbrella is insufficient to meet the “sky’s the limit” award.

It is challenging to imagine why a condominium’s umbrella paid for an 80-year old driver who hit father and son bicyclists, killing the son. Twelve million was awarded after a woman pulled out of a condo’s underground garage and hit the boy. Apparently, her vision was impaired by a hedge and a stop sign was not properly placed, which was in violation of state and local regulations. The jury found the management company 60% at fault, the condominium 30% and the driver only 10%. Equally difficult to understand is why a condo’s umbrella protected a management company who misplaced a stop sign and did not trim the hedges in accordance with regulation. This is because the underlying general liability includes the real estate manager under “who is an insured,” and the umbrella follows.

Is $12 million the going rate for a life? A New Mexico jury thought so when a 31-year old man was killed inside a condominium unit by a stray bullet that pierced his heart right in front of his two children. The perpetrator was never found, but a drug deal gone bad was suspected. The man’s family sued and pled to the jury that the condominium and property manager must keep the property safe. The attorneys stated, “First and foremost, they should have been tenant screening. They allowed a person with a fake name and fake ID to be on the property.” Who would have thought of this when contemplating umbrella limits?

A $6 million umbrella did not go far when a northwestern Indiana circuit court awarded $30.7 million for three boys who fell through the ice at Lakes of Four Seasons Property Owners Association. One Sunday morning in March, ten- and eleven-year-olds Christopher, Andrew and James threw rocks to make sure the ice was solid. They ventured onto the lake only to witness Christopher fall through as he headed back to shore. The brothers rushed to save him when Andrew and James fell through. Andrew drowned, James was left with traumatic brain injury and Christopher survived with the memories. The lake contained an overflow crib that circulates water beneath the surface. The plaintiff’s attorney argued there was no warning sign, no fence to restrict access, and no safety equipment.

The attorneys had to get past the bias of what the boys were doing on the dangerous ice and where their parents were. This proved easy when the boys’ father testified that he went to work at 7 a.m., leaving his wife and kids in bed, only to return three hours later to find one of his boys dead and another in a coma. Then, when the director of operations was questioned about the cost to add signage and a pulley line which could have been used by the boys, his answer was $70; hence the $30.7 million award.

During intense winds, one community’s 40-foot eucalyptus tree fell on a young woman’s car while she was pulling out of the carport. She was trapped inside and died. This was the second tree to topple on the same carport in three years, which perhaps led to the $10 million settlement. Yet, the 2020 winter yielded two deaths from “slip and falls” on ice at two different condominium parking lots, and there are no claims for damages … yet. The point is that we just don’t know what is going to trigger the next nuclear award.

The insured should examine the exposures to determine the umbrella limit needed. Consider the community’s children, seniors, lakes, pools, other water features, walking paths, trip hazards, playgrounds, sport courts, tree covering, vegetation, and security to name a few. If the umbrella limit is not adequate to cover a judgement, the community association is not absolved of paying off the award balance. Imagine a board of directors collecting the balance of the award with a special assessment to each owner. In the case of the three boys, the board would be asking for $24.7 million from the owners. Owners can typically purchase liability loss assessment with their homeowner’s policy for a minimal cost, but the limit typically caps at $25,000-$50,000. Is that enough? The strategies for tragedy include limits commensurate to the exposures and increased loss assessment coverage for the owners.

If you’re looking for a better insurance experience, we’re just a click or a call away!

Directions To Our Office

From I-270, take the Olive Exit. Go West on Olive and take the FIRST right turn into Kohl’s. As you are driving toward Kohl’s parking lot, you will be facing our building and see our sign, “O’Connor Insurance.” We are upstairs, and Greater Missouri Imaging is downstairs.

If you are coming East on Olive toward I-270, our building is on the left just before you reach I-270. But to reach it, you have to turn right on Coeur DeVille alongside St. Monica Church. Then turn left at the first stop light, which takes you under the Olive bridge. Then turn right at the stop sign, and we are the first building on the right.